In the discourse of Islamic thought, shari'ah is a problematic word and debatable. Most scholars agree that sharia law contains benefit for the people human. But they differ in their opinions benefit as the purpose of sharia law. while Muhammad "a'id al-Ashmawi sees based on domination and motivation the politicization of Islam behind the phenomena that developed around shari'ah. For him, the Shari'ah is not present in the empty space, Shari'ah manifest because there are locus and tempos that make it has specificities according to where the concept was coined. In the Egyptian context, Ashmawi sees the unclear foundation the theology of the strong desire to apply sharia. Precisely who more pronounced is the scent of political Islam. 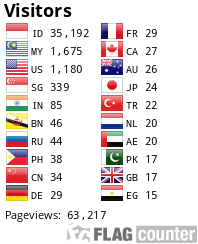